This is an archived event

The Ballad of Barrow Market

A live promenade theatre performance inspired by tales and reminiscences from Barrow Market. Written by local writers, performed by local people, for everyone.

In the winter and spring of 2017-18 Signal Films ran an Oral History Project celebrating the history of market trading in Barrow. Hundreds of people attended the Signal Films stall on Barrow Market, bringing photographs, objects and memories of Barrow’s markets, old and new.

From that starting point Kate Davis ran a series of writing workshops for local people to develop short play scripts inspired by those stories. Finally, The Ashton Group’s Theatre Factory, using a cast of local performers, staged the pieces first in Barrow Market itself and then at The Dock Museum.

Polly Wright created and wrote the character of Bethany and the characters The Bell Man and the Market Official were created by Vicky Tighe.

Performed at Barrow Dock Museum on Friday 18 May 2018

The Mystery Shopper, Compere and Guide to the Market Ballad Phill Gregg 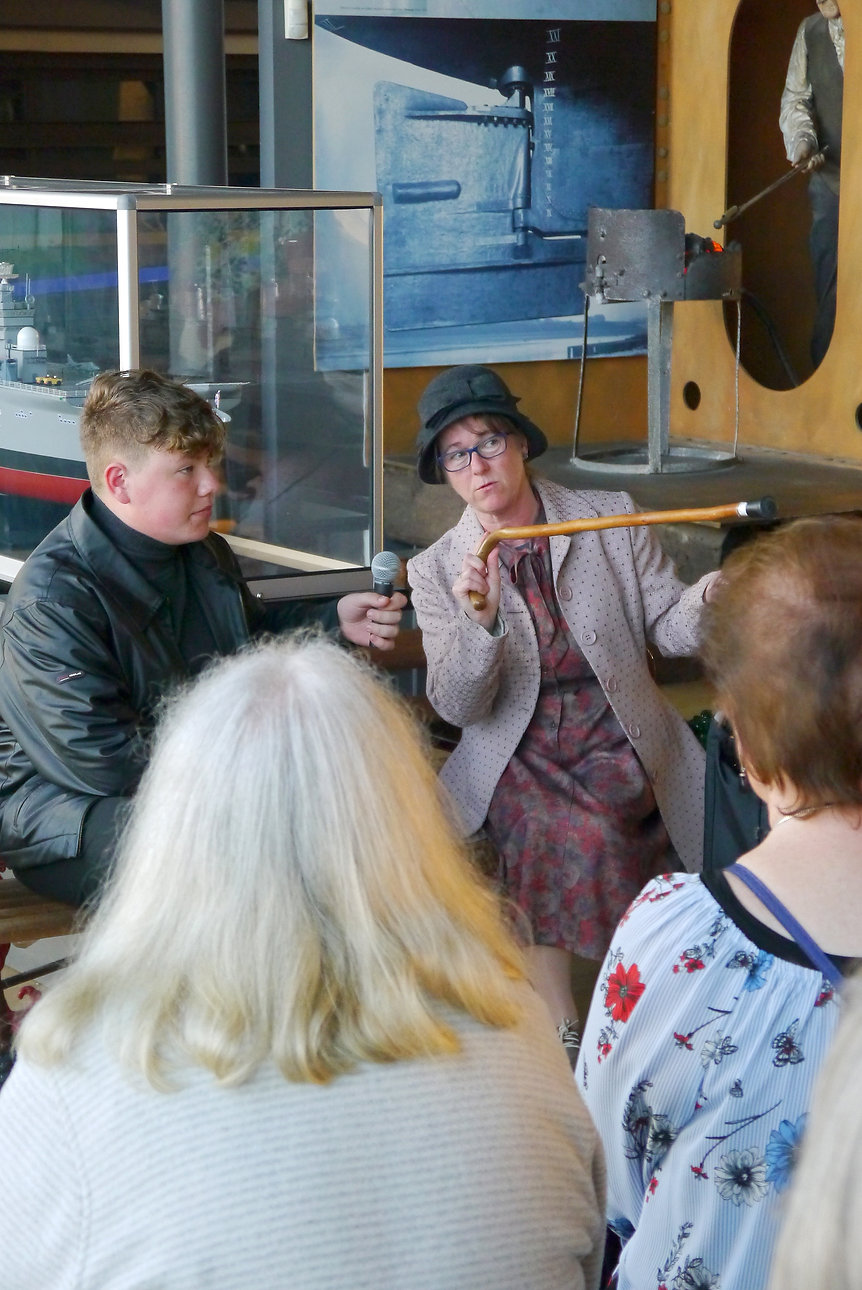 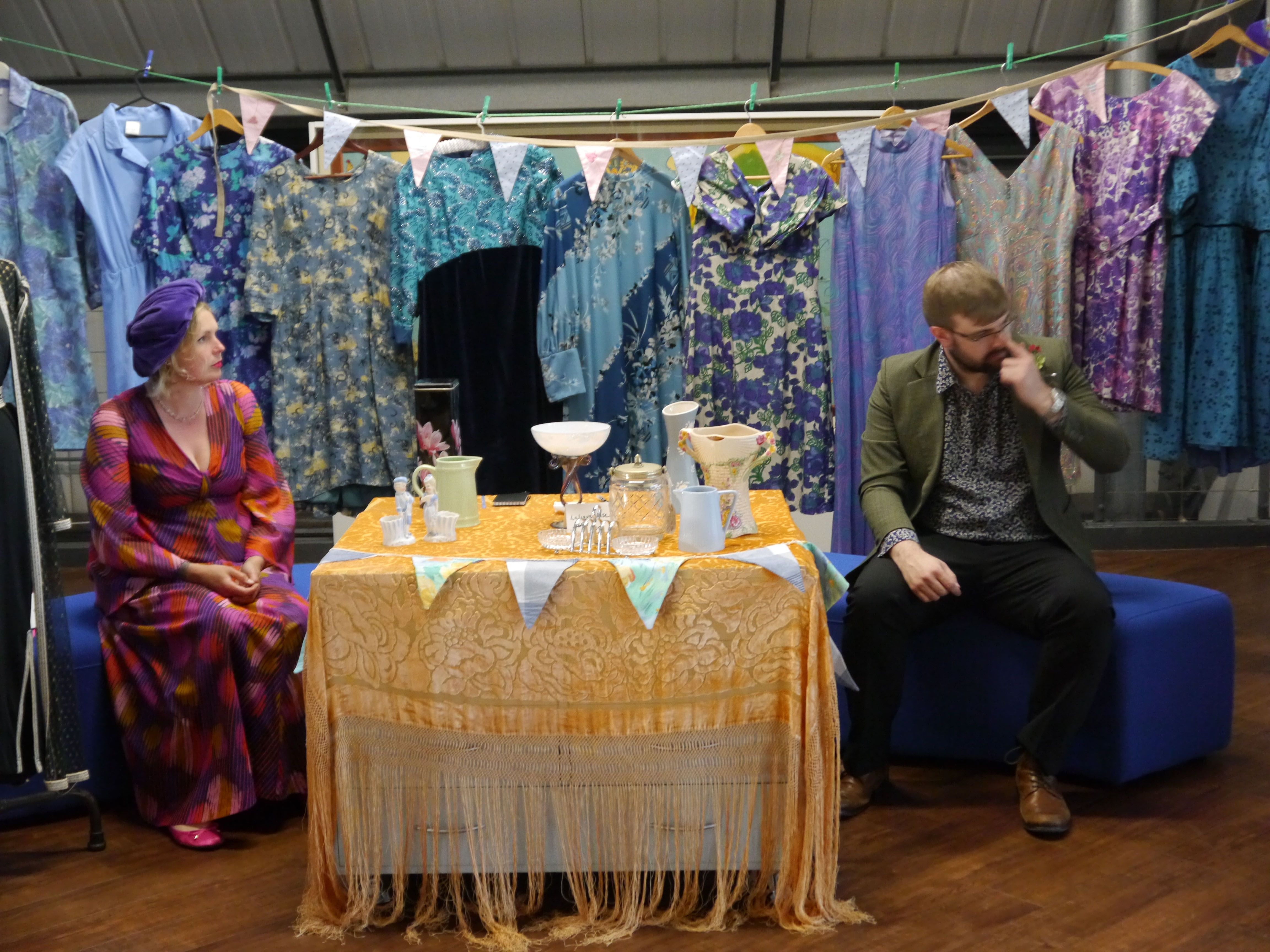 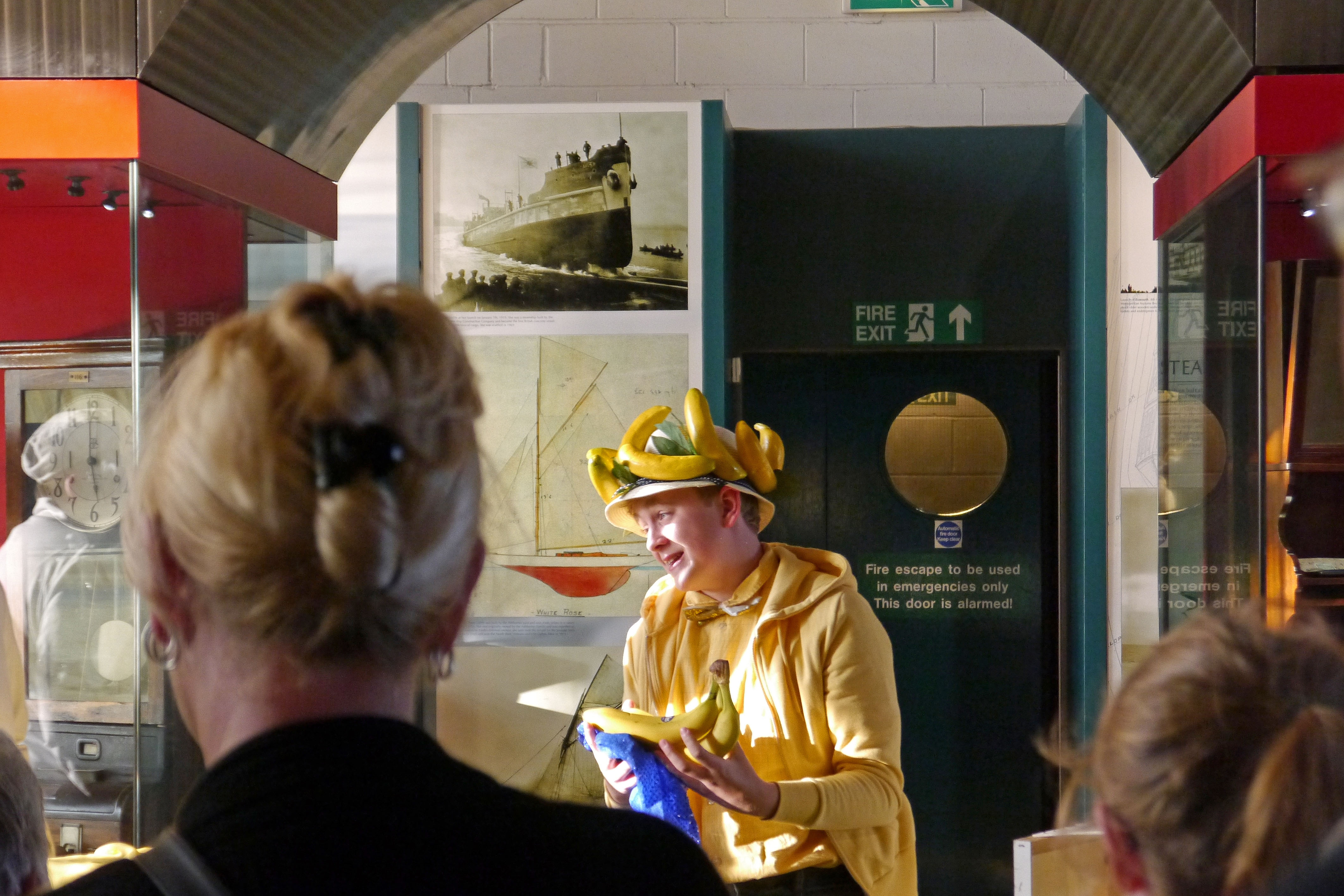 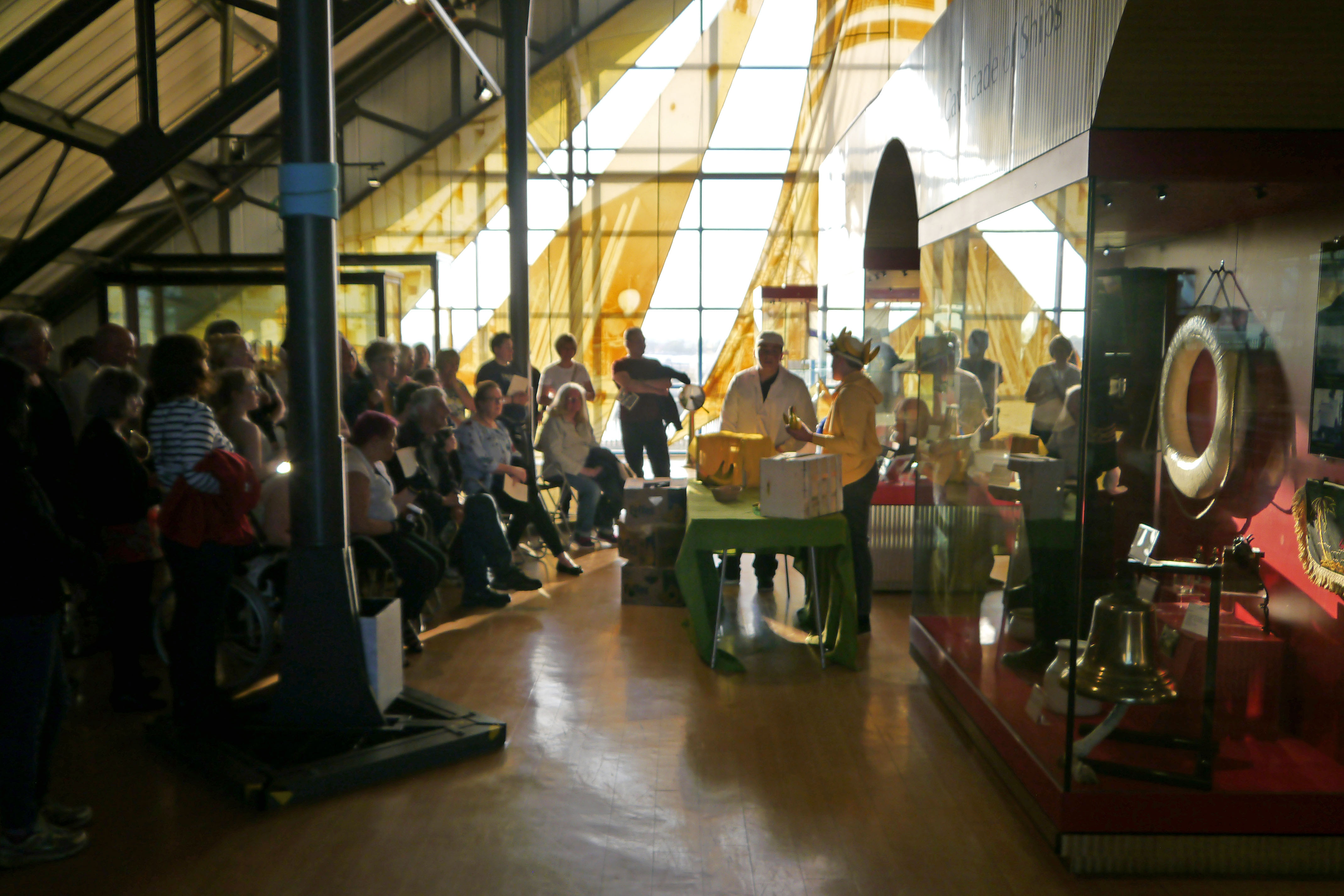 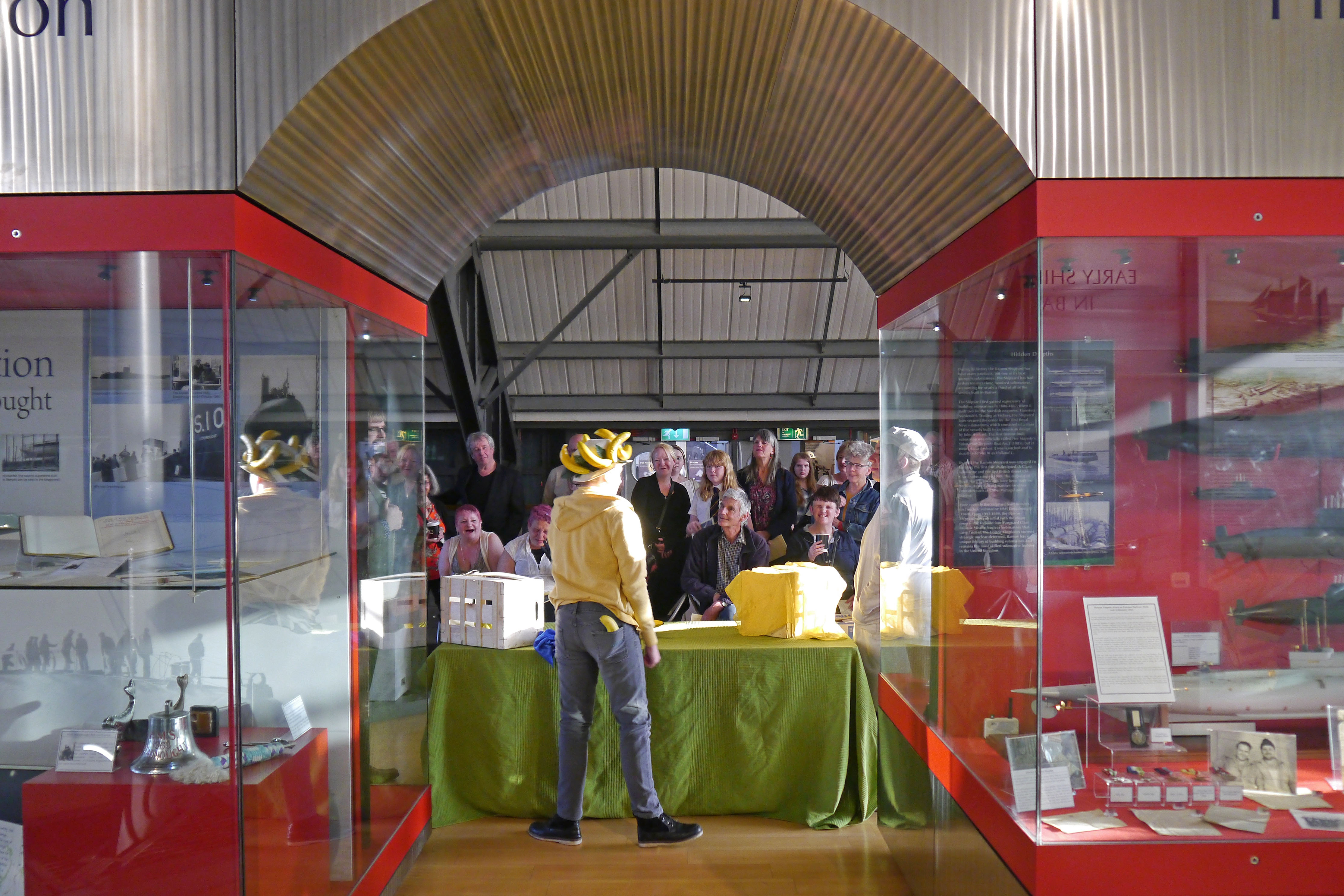 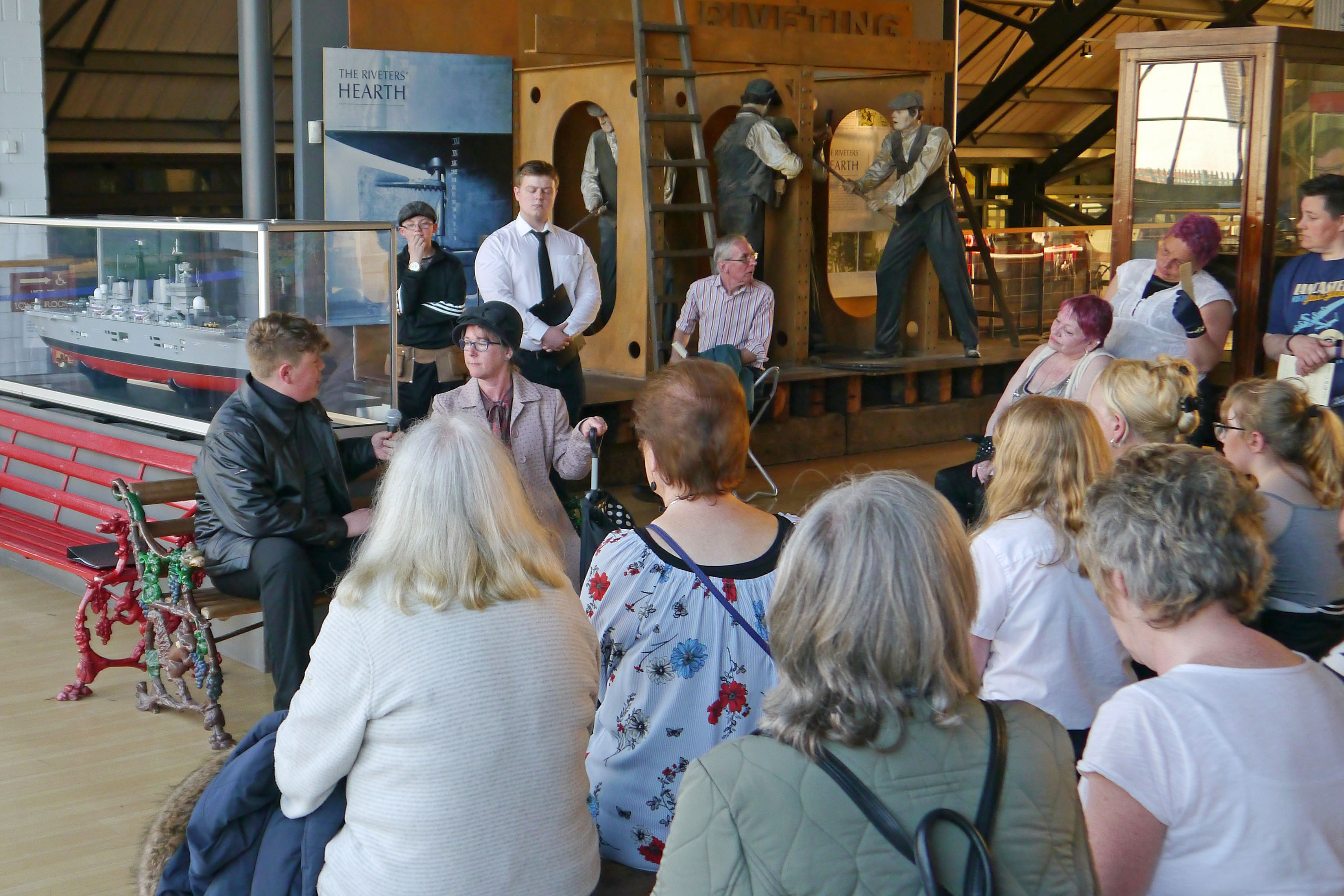 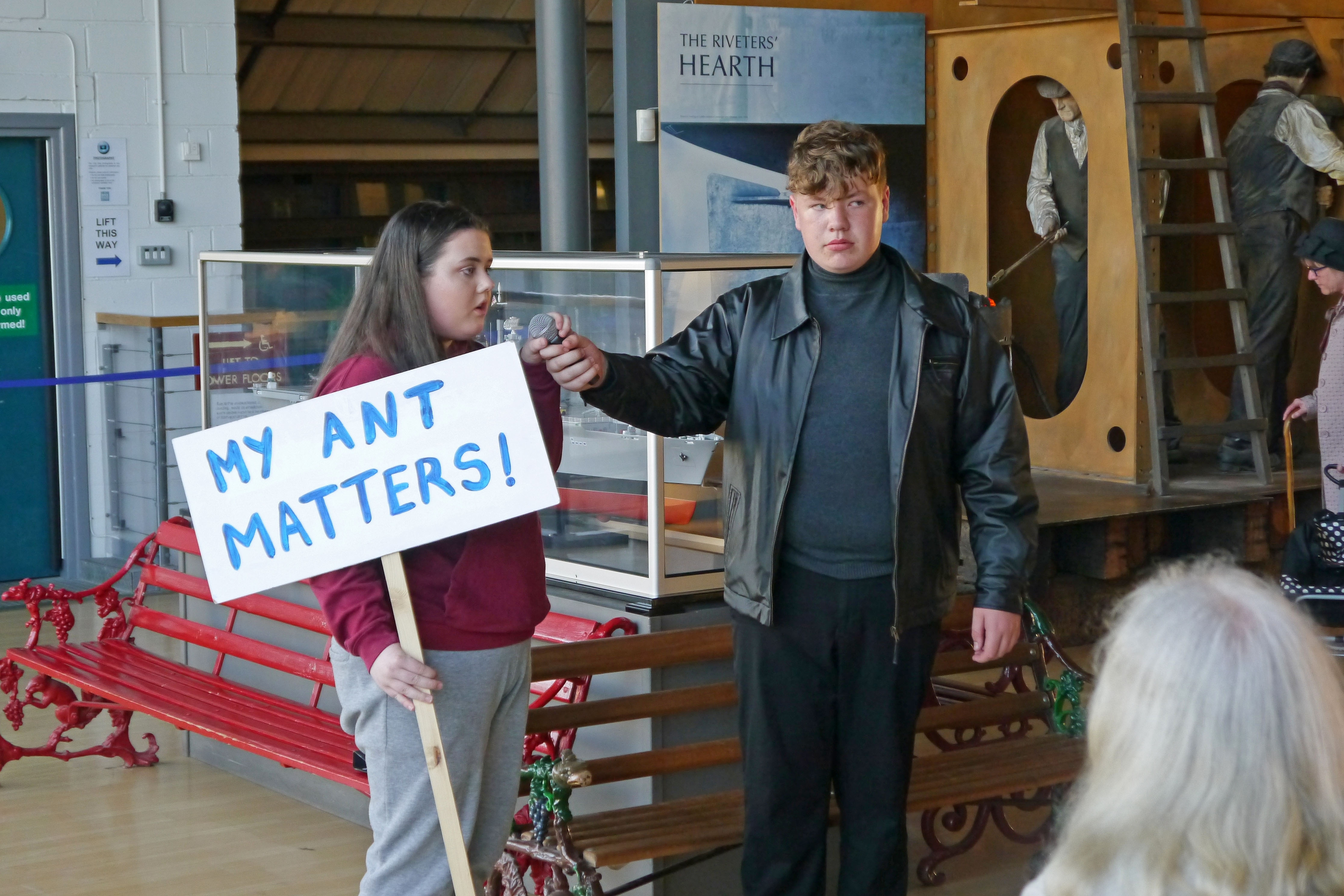 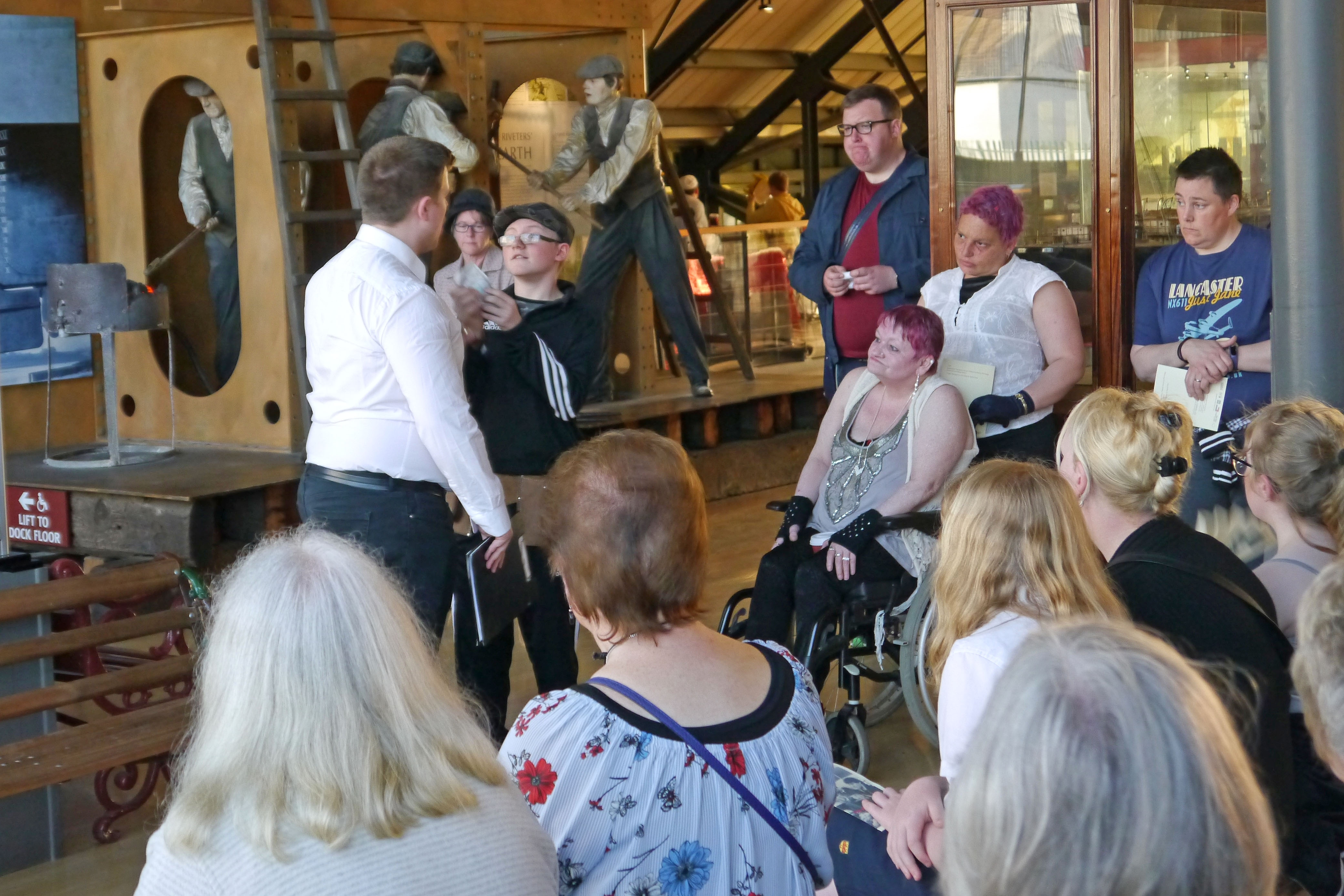 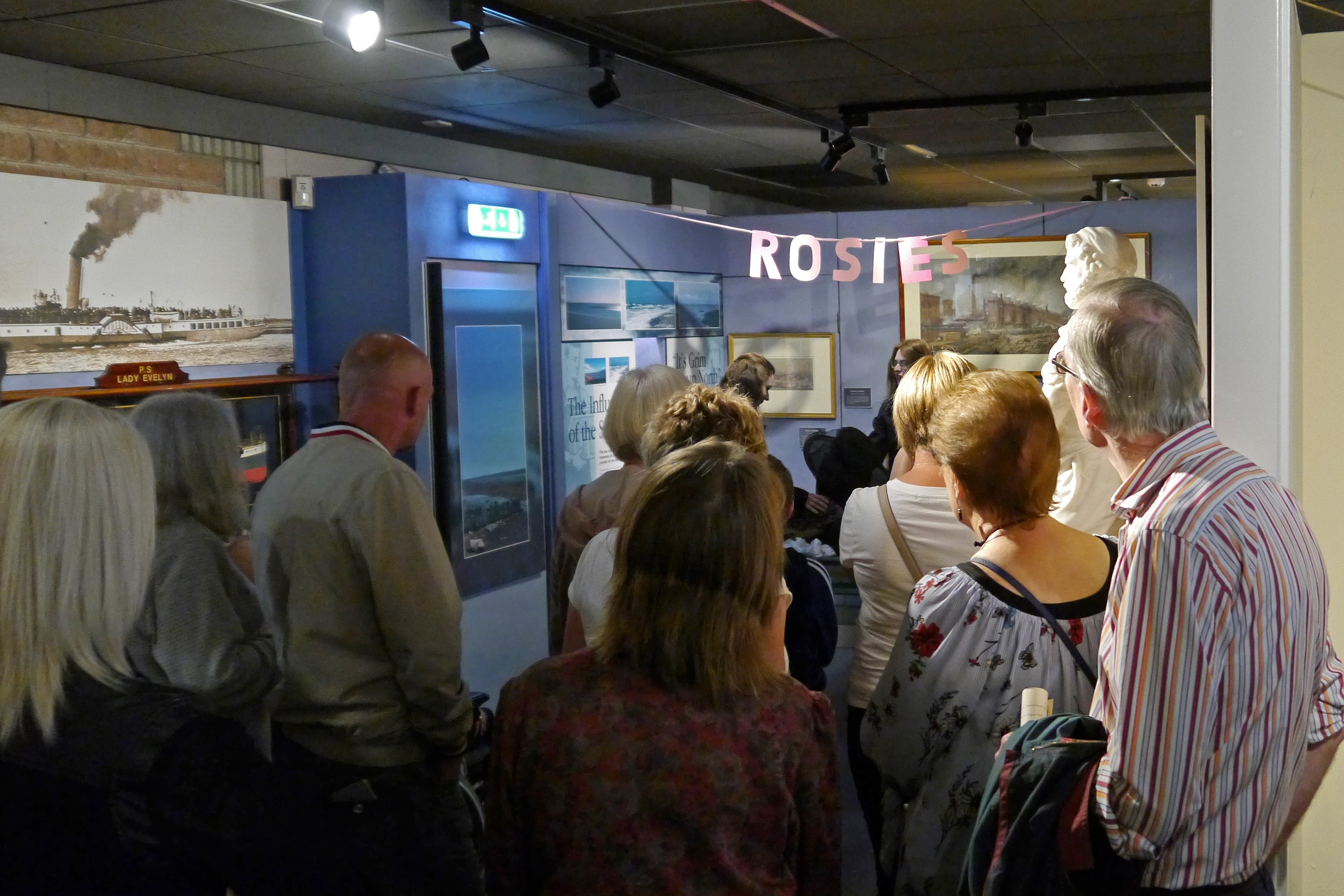 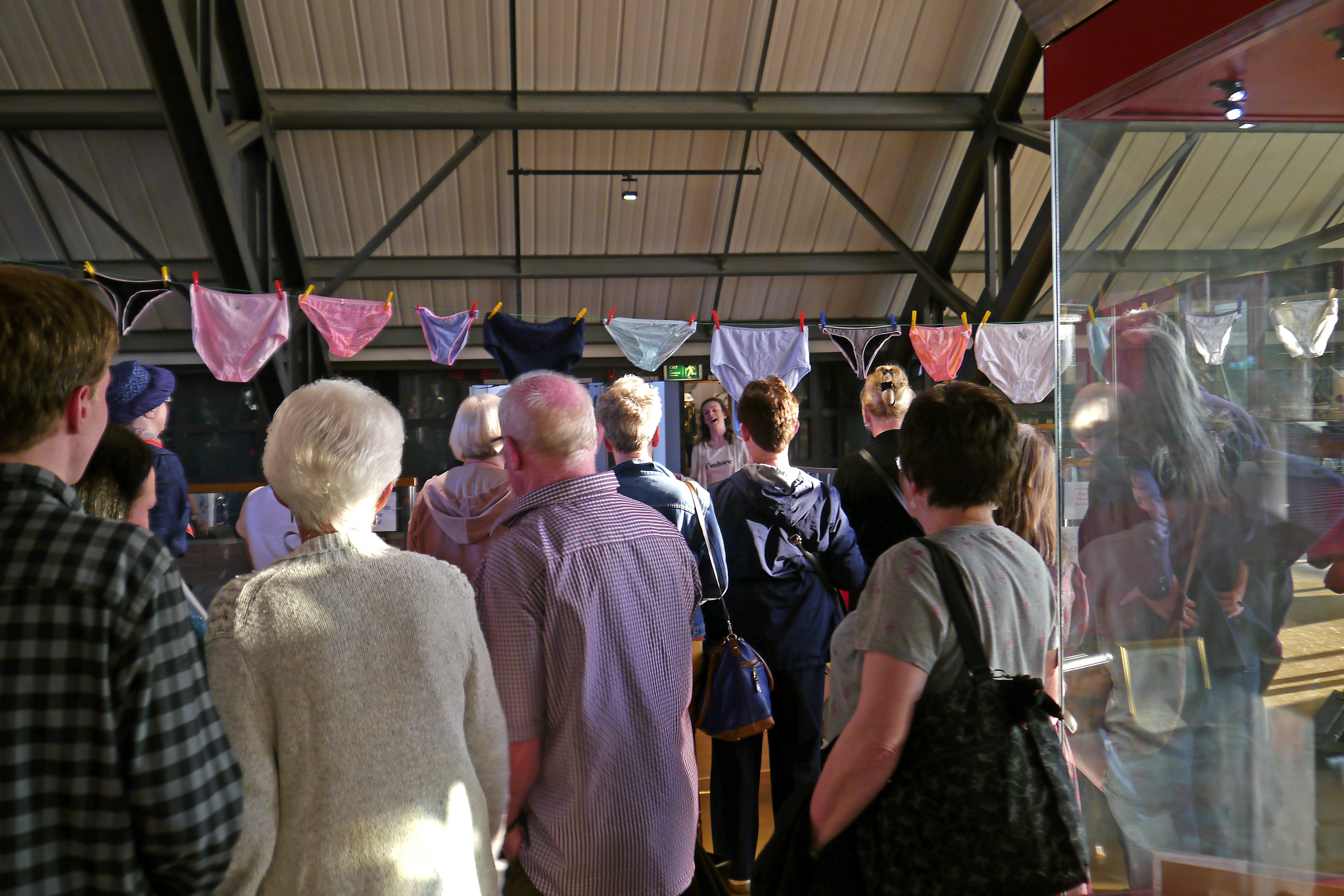 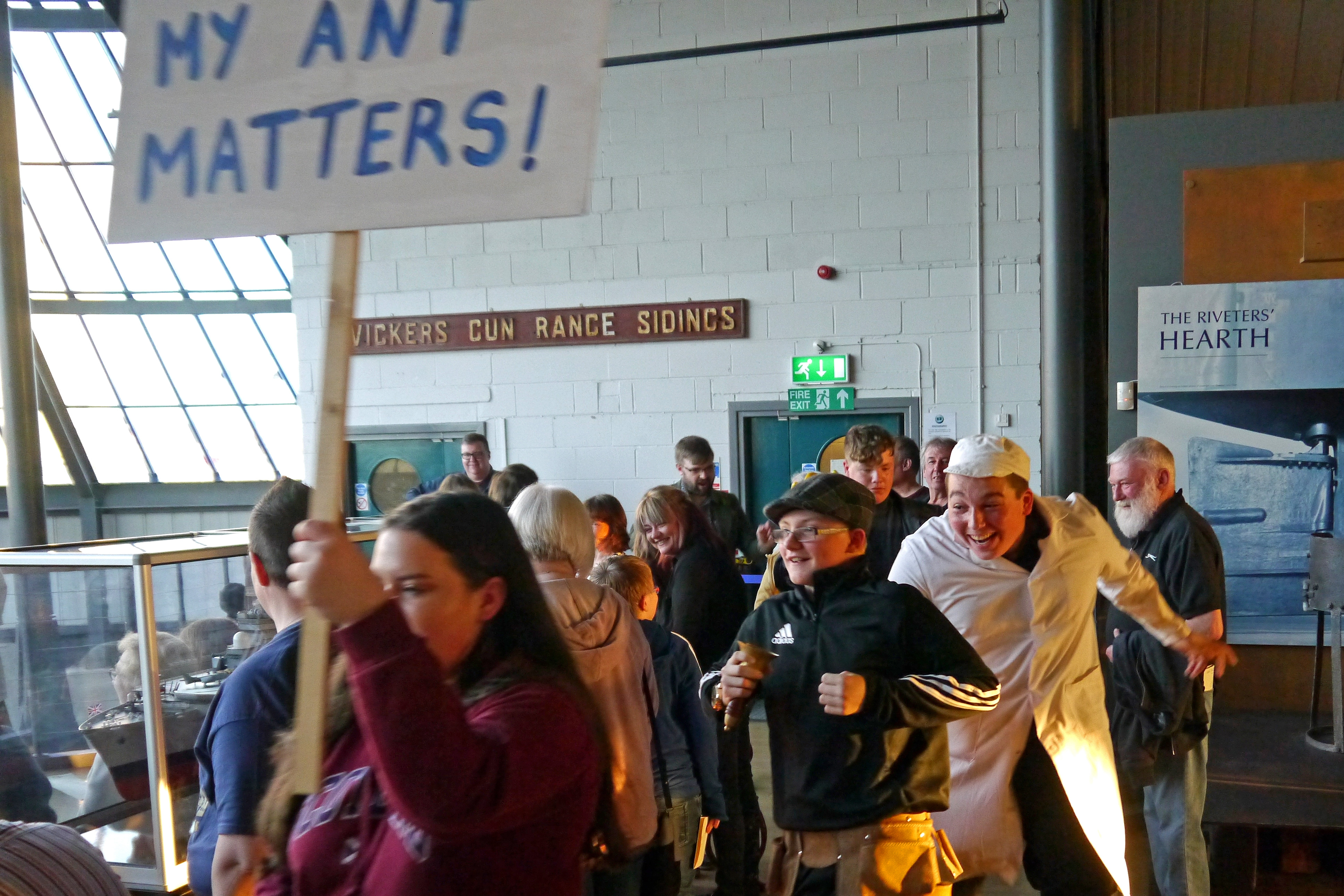 The Mystery Shopper, Compere and Guide to the Market Ballad Phill Gregg